In the New Layer list, select the layer that will absorb the 'Current Layer' selected, and also move/reassign the objects from the 'Current layer'. A new layer may also be created by picking the *New Layer* option.

Click OK and the Current layer objects will be merged into the New Layer and its objects. 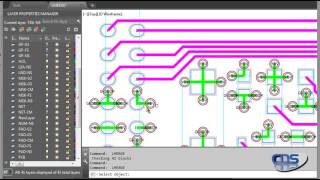