Picking a point in a closed room, you insert in this point a predefined RoomLabel block with the name of the room, its serial number for the current floor, area and perimeter in user defined units (which could be different from the drawing units). The RoomLabel block could be modified as every other Autodesk® AutoCAD® block - you are free to redefine it, to move, scale or put some of its components in unplottable or invisible layer, etc. A command from ARLToolbar starts an AutoLISP script, executing a range of operations - it outlines the contour of the room with a closed polyline, calculates the area and the perimeter of this polyline and writes down the received values as associative attributes of the label block. The command automatically determines the serial number of the room as well - the next ascending or the minimal missing number for the current floor.

ARLToolbar also provides commands for editing of already inserted labels - an existing label could be associated to a new object with calculable area (another polyline, an associative hatch, a region, etc.). Of course, it's possible for the user to change every attribute of the label by hand. 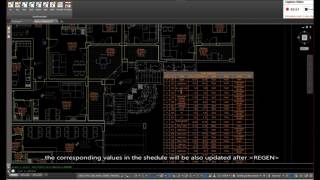 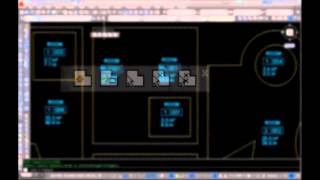 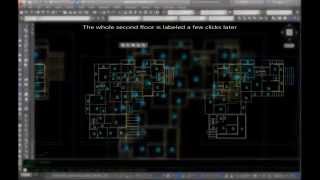 The ARL Toolbar works with a block named RoomLabel. The plug-in will not work properly if you rename the block or the tags of its attributes or change the automatically generated value for the OBJID attribute.

As the RL and RLI commands are based on the AutoCAD command -BOUNDARY they may not work properly if the whole room being labeled is not visible on the screen or if there are gaps in its outlines. The other commands - RLE, RLEX and RLEXX should run smooth in any circumstances. If the RL command has created a boundary but the area and perimeter values in the label are displayed as #### use the RLE command to re-associate the broken label to its boundary.

It could happen that #### symbols are displayed in a row of an 'associative' Room Schedule. There are two ways for this problem to be solved (except associating the cells manually):

1. Replace the row ('non-associative' option) selecting the RoomLabel block that the row has been originally associated to.