This function resizes viewport to the size of the rectangle enclosed in two picked corners. If the viewport is clipped the program unclips it.

This function makes viewport in paper space from drawn or selected shapes in Model Space. The shape can be preselected.
The program works only in top-view. In the popup dialog window, the user is asked to select the scale, layer and layout. The last used layout is selected by default.

This function generates in model space a boundary of any shape of the selected viewport in paper space.
The program works with clipped and not clipped viewports of any shape (including viewports clipped with circles, splines, ellipses or untypical shapes).
The boundary is made on a separate layer named "_VP_BORDER_TMP_".

This function updates displayed extent in selected viewport according to the new location of the previously generated viewport boundary and moved in model space.
To update the viewport the user must generate a viewport outline first by VIEWPORTBOUNDARYBLOCK function.

This function does the same as the VPB function, but the boundary is inserted as a block. This function allows only to have one instance of BoundaryBlock. If the user creates a new Block from another viewport - the old block from the previous viewport is deleted.

This function scales viewport with its view. Standard SCALE command normally scales only borders of the viewport. After scaling, the program will display old and new scale in command line.

The application comes with the long command names listed above. To create your own short aliases for these commands, go to ACAD.PGP file or Menu Manage->Customization->Edit aliases->Edit Aliases. Command aliases used in video-example: VPB for VIEWPORTBOUNDARY, VPU for VIEWPORTUPDATE, VBB for VIEWPORTBOUNDARYBLOCK, VFM for VIEWPORTFROMMODELSPACE, RV for RESIZEVIEWPORT, SCV for SCALEVIEWPORT.

All AutoCAD versions and its vertical programs. 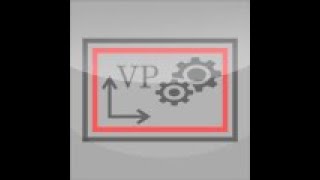 The installer that ran when you downloaded this app/plug-in from Autodesk App Store will start installing the app/plug-in. OR, simply double-click the downloaded installer to install the app/plugin. You may need to restart the Autodesk product to activate the app/plug-in. To uninstall this plug-in, exit the Autodesk product if you are currently running it, simply rerun the installer, and select the "Uninstall" button. OR, click Control Panel > Programs > Programs and Features (Windows 7/8.1/10/11) and uninstall as you would any other application from your system.