Select the Change Trimmed Line Width(s) option to edit the polyline width after trimming. The New Width edit box will be enabled to set the new width of the Polylines that will be trimmed 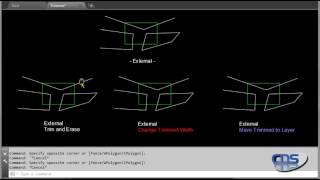