Adjust the app settings and select a set of cogo points to be examined for possible duplicates. Make sure cogo points are not locked or not drawn on a locked layer

If duplicates are found the app will add them to a new selection set which can then be further manipulated by the user.

* Tolerance: if two cogo points are less than this number apart from each other they're considered duplicates

- NONE: Ignores all point descriptions

- CASE sensitive: points are considered duplicates only if descriptions are exactly the same including capitalization

- IGNORE case: points are considered duplicates if descriptions are the same, but capitalization may vary

* POINT selector: controls which point gets selected once a pair of duplicates is found. Options are:

Additional settings available only after duplicates have been found:

- REPORT: Prints a list of the most recent duplicates found

- Select points: creates a selection of the most recent duplicates found 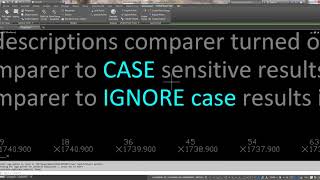 The installer that ran when you downloaded this app/plug-in from Autodesk App Store will start installing the app/plug-in.

OR, simply double-click the downloaded installer to install the app/plugin.

Once the installation is complete, start Civil 3D and login with your Autodesk® user id and password. Run the TLCogoDupeActivate command to activate the app. Once activated the app can be used offline.

This app will examine all possible unordered two cogo point combinations in the user selected set. The runtime therefore is proportional to n*n where n is the size of the set. Large sets of points may result in very slow runtimes. A duplicate search in progress can be aborted at any time by the user by pressing the Escape key on the keyboard in which case only duplicates found up to that point will be reported. Eliminate points where there are no suspected duplicates or split up sets in smaller subsets and process them individually to speed up processing time

For questions/comments/suggestions/bug reports etc please send an email to Todor.Latev@gmail.com